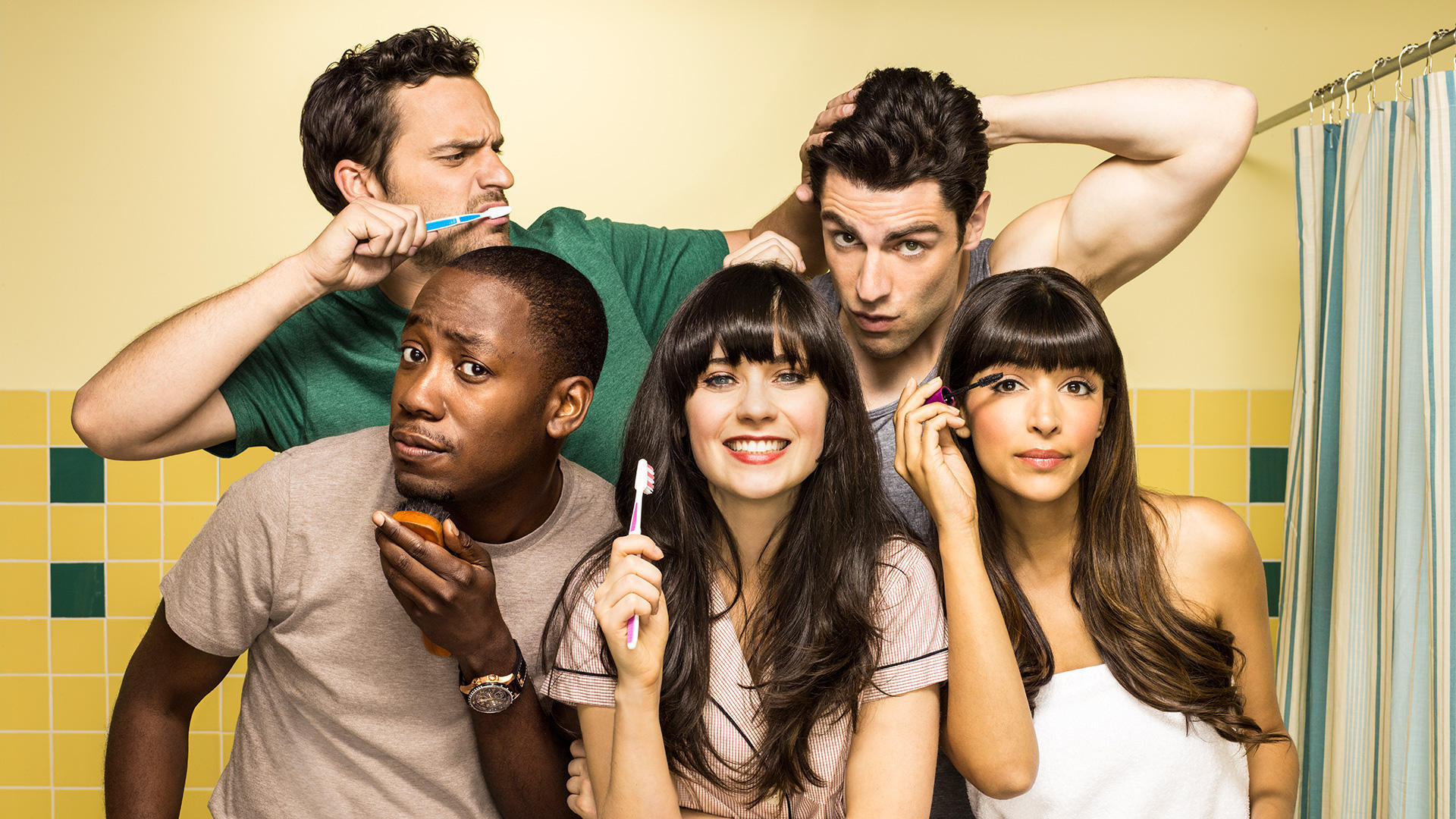 1. New Girl is an American sitcom television series that premiered on Fox on September 20, 2011.

3. The show combines comedy and drama elements as the characters, who are in their early thirties, deal with maturing relationships and career choices.

6. Produced in Los Angeles as a single-camera comedy, New Girl is an ensemble show aimed at a general audience.

7. Most episodes are anchored around Jess, who according to series creator, Meriwether, would have played a side character on other shows.

8. The show’s first marketing push was on Zooey Deschanel and the promotional tagline “Simply Adorkable”, a portmanteau of “adorable” and “dork”.

9. The producers rejected early criticism of Jess’ girlishness, insisting that Jess was not meant to be emblematic of all women. Instead, they aim to portray realistic, emotionally-driven characters, and to approach the show from that angle rather than simply firing off punchlines.

10. New Girl has received favorable responses from critics, who named the show one of the best new comedies of the 2011 fall season.

12. Particular praise has been given to the performances of Deschanel, Greenfield, Johnson and Morris. Max Greenfield was considered the show’s breakout star in season 1, before critics named Jake Johnson the breakout star of season 2.

13. The show has been nominated for several awards, including five Golden Globe Awards and five Primetime Emmy Awards.

14. The plot: Jessica “Jess” Christopher Day (Zooey Deschanel) is a bubbly young woman who teaches at a Los Angeles middle school. Jess comes home to find her boyfriend with another woman and leaves him immediately, and looks for somewhere else to live. She answers an ad for a new roommate on Craigslist, and moves in with three young men: Nick, Schmidt, and Coach. After the pilot episode, Winston, who had previously lived in the apartment with Nick and Schmidt, replaces Coach. Cece, Jessica’s childhood best friend and a successful fashion model, also appears in various episodes in the storyline. Coach returns to the loft in season 3.

15. In the first season, Zooey Deschanel (Jess) and Jake Johnson (Nick) were directed to have as little physical contact as possible. This is because their chemistry was thought to be too distracting.

17. Damon Wayans Jr. was originally a cast member playing the character of Coach. Wayans was expecting his series, Happy Endings (2011), to be canceled. But when that series was renewed, Wayans was unable to continue with this series after the pilot. He was replaced with Lamorne Morris as Winston. After “Happy Endings” was canceled, Wayans was able to return to this series in the third season.

17. Exterior shots of the group’s apartment building are of a building located on the corner of Avery St and Traction Avenue in Los Angeles, California.

18. A few episodes of season 5 were filmed along with the 22 episodes of the fourth season because Zooey Deschanel was pregnant, so with the show moving to mid season, the network will order more episodes to have a complete season to air.

19. Amanda Bynes was considered for the role of Jess, which eventually went to Zooey Deschanel.

20. In episode 2 of season 2, the actress who plays Winston’s sister (Keenyah Hill) was previously on cycle four of America’s Next Top Model. Schmidt makes a reference to Tyra Banks (the host of ANTM) when he is hitting on her. 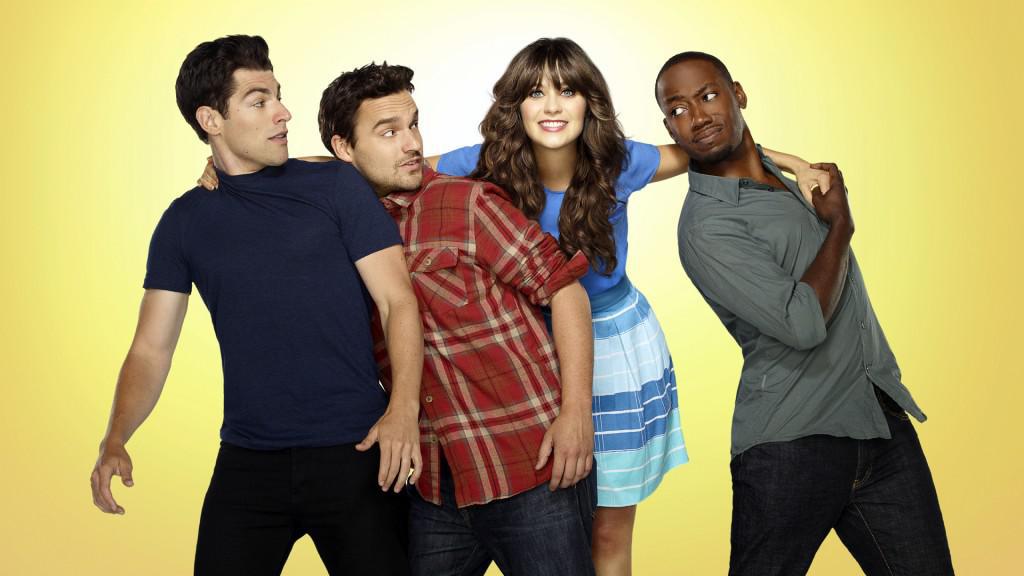 21. Nick (Jake Johnson) has said that he doesn’t believe in dinosaurs. Johnson later played a supporting role in Jurassic World (2015).

22. Nick’s catchphrase: “This is my nightmare!”

24. Was named as one of the eight “most exciting new series” of 2011 by the Critics’ Choice Television Awards.

25. Both Katie Cassidy and Stephen Amell were guest stars in episodes of the first season. They both went on to become stars of the show, Arrow.

26. Megan Fox will replace Zooey Deschanel for a little while while she is on maternity leave.

27. Jerrod Carmichael was offered the part of Winston but turned it down to focus on his stand-up career.

28. In two episodes you can see Winston (Lamorne Morris) and Schmidt (Max Greenfield) laughing out of turn at something that Coach (Damon Wayans Jr) had said or improvised.

29. There’s a Coachella poster in Nicks room from season 3.

30. Nick (Jake Johnson) has a tour poster for the popular blues-rock band The Black Keys hanging on his bedroom door.

31. In season 5, episode 4 “No Girl”, Jess is absent. In real life, Zooey is out on maternity leave after the birth of Elsie Otter. During the episode, the newscaster mentions the birth of a new otter at this zoo. This is possibly a reference to Zooey’s daughter.

32. The exterior shot of Nick’s bar is of The Griffin in Los Angeles on Los Feliz Blvd.

34. Both Zooey Deschanel and Jake Johnson have portrayed school principals. Johnson played Principal Dadier in “21 Jump Street” while Deschanel became a Vice-Principal in the 3rd season of “New Girl”.

36. At the University of British Columbia, Hannah Simone studied International Relations and Political Science. Before acting she was working with the UN in London, where she was born.

37. In real life, Max Greenfield is nothing like his TV counterpart. He’s been married since 2008 to Tess Sanchez.

38. One of Zooey’s first roles was Almost Famous.

39. Zooey Deschanel is actually named after a male J.D. Salinger character from the book Franny and Zooey. 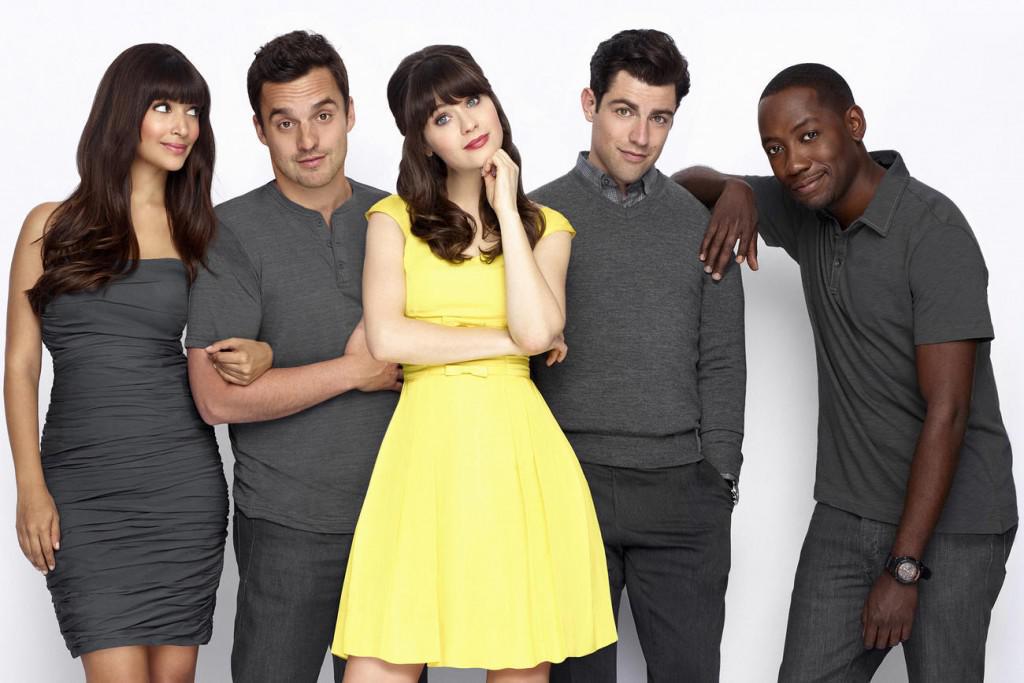 41.  The creator of New Girl is also the writer of the movie No Strings Attached.

42. Originally, the writers intended for Nick to be put together and mature, but as they started filming they realized that Nick was better suited to be immature while Winston was much more sophisticated.

44. Winston and Nick are both from Chicago. Jake Johnson and Lamorne Morris both hail from Chicago and are major Windy City sports fans.

45. Max Greenfield is scared of birds.

46. Coach is part of a famous Hollywood family. Damon Wayans Jr. is one of the famous Wayans. You might be familiar with his dad Damon Wayans Sr. (In Living Color) and his brothers Marlon (Scary Movie) and Shawn (White Chicks).

47.  Zooey’s in a band! She & Him are a musical duo with Zooey and M. Ward. They have been making music together since 2008 and have a new album coming out this fall called Classics.

48. Hannah Simone has done a ton of modeling scenes on NEW GIRL, it is just that most end up on the cutting room floor and remain unseen by the viewers. That glaring omission falls on the writers who sheepishly admitted that they write more material than can possibly filmed in 22 minutes each week and they would rather have too much to choose from in the editing room. 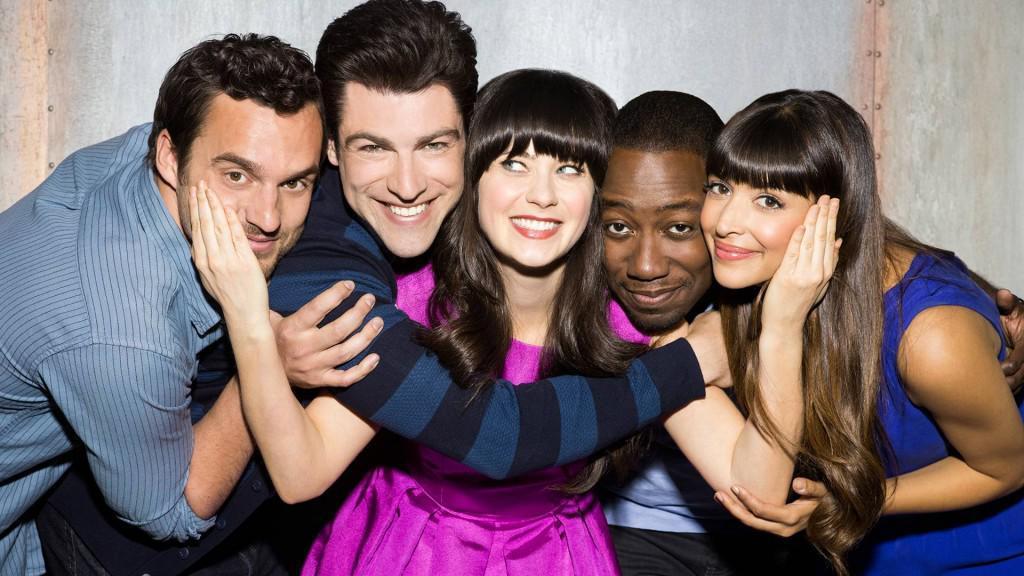