You are here: Home / Food / Beer Trivia: 65 facts that will definitely leave you tipsy! 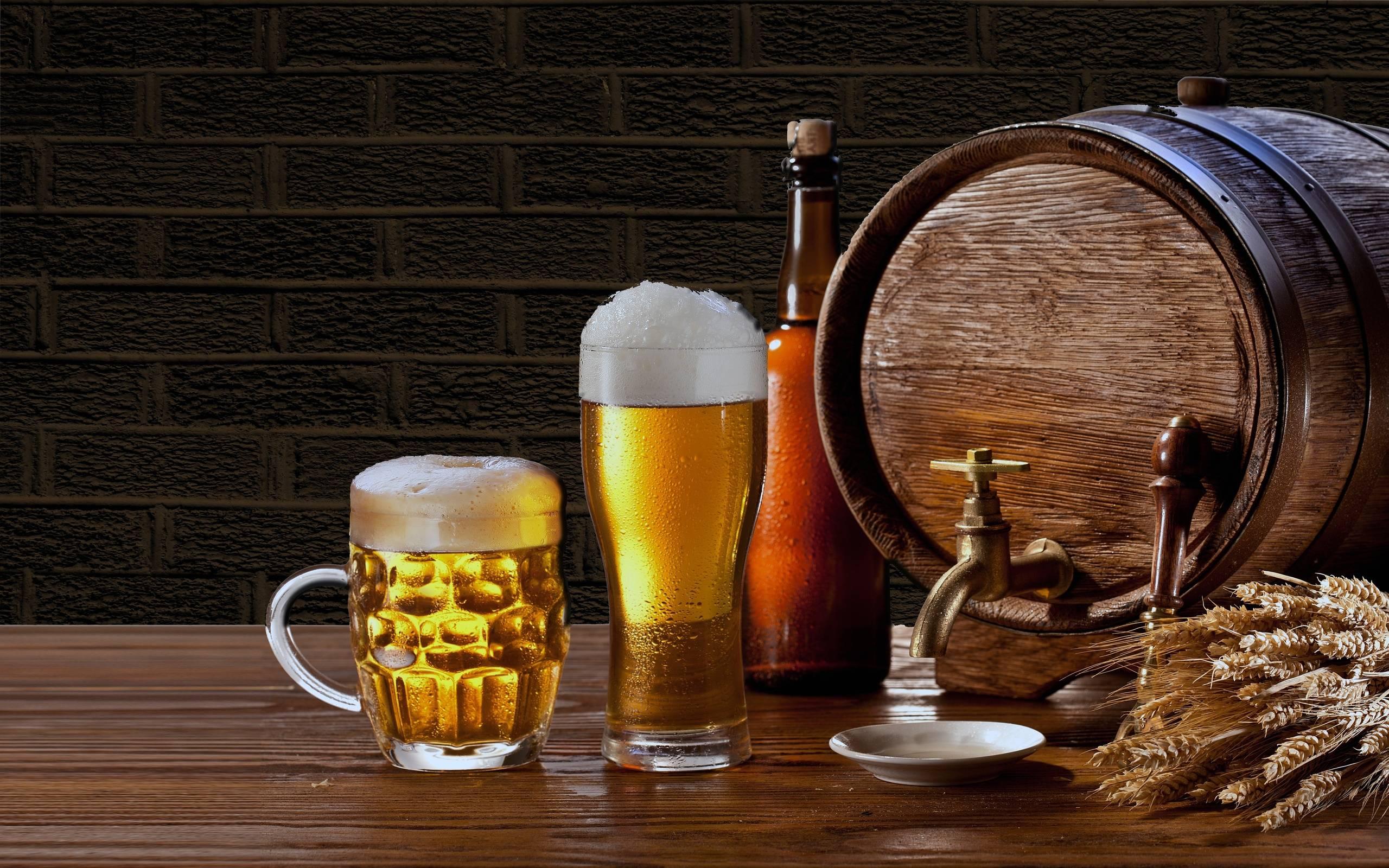 Beer is the world’s most widely consumed alcoholic beverage and the third most popular drink overall after water and tea. People all over the world just love beer. Face it. It’s awesome. Nothing like a cold one after a hard day’s work right? So head on and check out some awesome facts about your favorite drink!

1. In 2010, the world’s oldest drinkable beer was found on a Baltic Sea shipwreck. The ship is believed to have sailed over 200 years ago.

2. Beers that are released by big mega brewers that look like craft beers are termed “crafty beers”.

3. Loxton Lager takes its name from the picturesque town of Loxton, which lies in the middle of the Karoo, where Loxton’s special ingredients are sourced.

4. Craft Beer is good for your bones! Beer has high levels of silicon, which promotes strong bones.

7. There are 19 different versions of Guinness (5 or 6 main types in 19 variations, according to the late Michael Jackson).

9. Cenosillicaphobia is the fear of an empty glass. Always keep a sixpack nearby!

10. Currently, Red Sky is the only brewery in South Africa to serve gluten-free beer.

11. The United States is the second largest hop producer in the world behind Germany.

12. In 2003, Hermanus’s Birkenhead Brewery had a delivery truck that had a very unusual slogan painted on it: “Birkenhead Beer – helping ugly people have sex since 1852”. The people of Hermanus went ballistic. There were threats of violence, stoning, boycotts and banning. The funny thing is people still, after 11 years, remember the truck, and the Birkenhead staff are often asked if they still have that truck.

13. Frosty glasses will cause your beer to foam up.

15. Karusa Brewery in Oudtshoorn started as a gap filler for the winery between the grape harvest season and winemaking season and then took off, much to their surprise!

16. Hops are poisonous to pets so keep a sharp eye on your pellets if you’re homebrewing.

17. According to legend, barrel-aged beers were created by accident when a whisky distillery tried to create a whisky finished with ale flavours.

18. Quills, a Durban-based brewery, took its name from all of the porcupines in the area when the brewer first bought his property.

19. Ancient Egyptian texts have been found that contain over 100 medicinal uses for beer.

20. In medieval Europe, the average person drank 220-250 litres of beer a year! As it had undergone fermentation, it was cleaner and safer to drink than the water.

21. In the 1600s, midwives created a super-strong beer to ease the pain of labour!

22. According to a diary entry from a passenger on the Mayflower, the pilgrims made their landing at Plymouth Rock, rather than continue to their destination in Virginia, due to lack of beer.

23. In 1850, Louis Pasteur studied beer. After finding it ‘was alive’, he invented pasteurization.

24. The first professional brewers were women.

25. Jack Black was founded by a husband and wife team and remains independently owned to this day – Ross did the deliveries and Meg took all the books, and the duo operated from a home office for the first year.

26. Vikings believed that when they died, a giant goat would be waiting for them. Of course, this goat’s udders had an unending supply of beer.

27. In the middle ages, children were encouraged to drink beer for nutritional benefits. Truth is they probably didn’t have any water.

28. Durban’s Dam Wolf brewery’s name came about when the brewer was walking his dog and saw a farm dam with lilies in it. The lilies were making the shape of a wolf head and thus “Dam Wolf” was born.

30. “Hangover” in Norwegian is directly translated to “carpenters in the head”.

31. Isohumulones are a type of alpha acid in hops that aid in head retention.

32. According to the head brewer at Loxton, the birdcall of the species Streptopelia capicola (the Cape Turtle Dove) is often rendered as “Drink Loxton…Drink Loxton…”

33. The term “rule of thumb” originates from brewers who would stick their thumb into the mix to see when the temperature was right for adding the yeast.

34. A jelly bean company called “Jelly Belly” recently introduced a ‘draft beer’ flavour that can be mixed with other jelly bean flavours to create a cocktail or shandy explosion in your mouth.

READ ΝΕΧΤ  Which was the first bank of Pakistan?

36. Hops have loads of health benefits and are supposed to help with joint inflammation, insomnia, respiratory spasms and indigestion.

38. Tutankhamun Ale is a beer that is prepared in Cambridge according to a recipe that was discovered in the temple of Queen Nefertiti. It is one of the most expensive beers one can buy!

40. Brewers are known for being passionate and surprisingly superstitious. I know of a brewer overseas who dropped a screwdriver into his first brew by mistake. Now he drops it in every time.

41. Belgium has the most individual brands of beer found in any country. Τhey’re ahead of our league with a whopping amount of 400 different brands!

42. The Babylonians were one of the first cultures to start brewing beer. To keep the quality of the commercial brews up, a law was passed that if your beer was seen as unfit or inferior, you were sentenced to drown in it.

43. The concept for Devil’s Peak Brewing Company was concocted after a long trip to the west coast of the United States by the directors.

44. A Beer Wave of 1.4m litres flooded London in 1814 after a huge vat carrying the equivalent of 3500 barrels of beer ruptured.

45. It is alleged that the l ongest hangover took place after a Scotsman drank just over 28 litres of beer. It is said his hangover lasted for 4 weeks.

46. Slugs and snails absolutely love beer! If you’re looking to rid your garden of these pests, put some beer in shallow containers at night.

47. Loxton Lager’s recipe includes South African malt and hops, wild honey from the Southern Cape mountains and two fragrant indigenous herbs, both of which are revered for their health benefits.

48. Brewmeister’s Armageddon is the strongest beer in the world. Its alcohol content is around 65%.

49. The couple who started Red Sky Brewery chose the name because of the amazing sunsets they experienced together every evening over the Simonsberg mountains despite their long-distance relationship.

50. Adding some beer to your marinade can help with softening the meat. The acids in the beer go to work on the proteins in the meat, whether it’s cooked or uncooked.

51. You can use beer to shine up any old copper items.

52. All of Devil’s Peak’s spent grain is donated to a farmer in Muizenberg who uses it to feed his livestock.

53. In English pubs, ale is ordered by pints and quarts. So in old England, when customers got unruly, the bartender would yell at them to mind their own pints and quarts and settle down. It’s where we get the phrase “mind your P’s and Q’s.”

54. You can use beer as a conditioner. Apparently good quality brews will leave your locks silky and soft.

55. Each beer from the Devil’s Peak Founders Series is tied to the brewery’s namesake. The First Light is homage to the sunshine that hits the peak in the morning. The King’s Blockhouse is an ode to the structure that still stands proudly on the side of the mountain. Similarly, Woodhead is a nod to the dam on Table Mountain, and Silvertree is in honour of the indigenous tree that is unique to the Cape Peninsula.

56. The sugar in beer is said to supercharge plants.

57. A barrel contains 31 gallons of beer. What Americans commonly refer to as a keg is actually 15.5 gallons, or a half-barrel.

58. Yeast in beer converts into two things. Ethanol and CO2.

59. Beer is stored in darker bottles as exposure to light will spoil the brew.

60. The brewers at Red Sky choose beer names by researching iconic airplanes and their general role in history.

63. Jacques, the brewer at Karusa Brewery, brews his beer according to this motto: “There is a fine line between craft beer and crap beer. Murphy’s law should be prioritized firstly within the making of craft beer and then within anything else on earth.

65.  In South Africa, green bottles are associated with premium beers, while in fact, these beers are prone to get “light struck”. Brown bottles are better for beer.