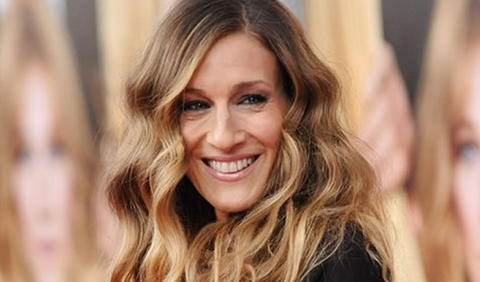 2. Andie MacDowell beat her for the role of “Carrie” in Four Weddings and a Funeral (1994). However, she later went on to star as Carrie in a popular TV show.

4. In 1984, she was cast in Footloose with Kevin Bacon and in Girls Just Wanna Have Fun with Helen Hunt.

5. Parker’s father, a native of Brooklyn, was of Eastern European Jewish background; his family’s original surname was “Bar-Kahn” (“son of Kohen”) and her Parker’s mother was of English and German descent.

6. She dated Robert Downey Jr. for seven years during his destructive drug-fueled days. “I was so selfish,” Robert admitted to Parade magazine last year. “I liked to drink, and I had a drug problem, and that didn’t jibe with Sarah Jessica, because it is the furthest thing from what she is. She provided me a home and understanding. She tried to help me. She was so miffed when I didn’t get my act together…. I was mercurial and recklessly undisciplined and, for the most part, I was happily anesthetized. Sarah Jessica would pull me out of a hangover, and we’d go pick out furniture together. She is a force of nature!”

7. In 1982, Parker was cast as the co-lead of the CBS sitcom Square Pegs but unfortunately the show only lasted for one season.

8. In 1976, after winning her first Broadway role in The Innocents, her family moved to New Jersey to encourage her career.

9. In 1977, the family moved to the newly opened planned community on Roosevelt Island, in the East River between Manhattan and Queens, and later to Manhattan.

10. She received her first major break when she was chosen to take over the title role of Annie on Broadway, from 1979 to 1980. 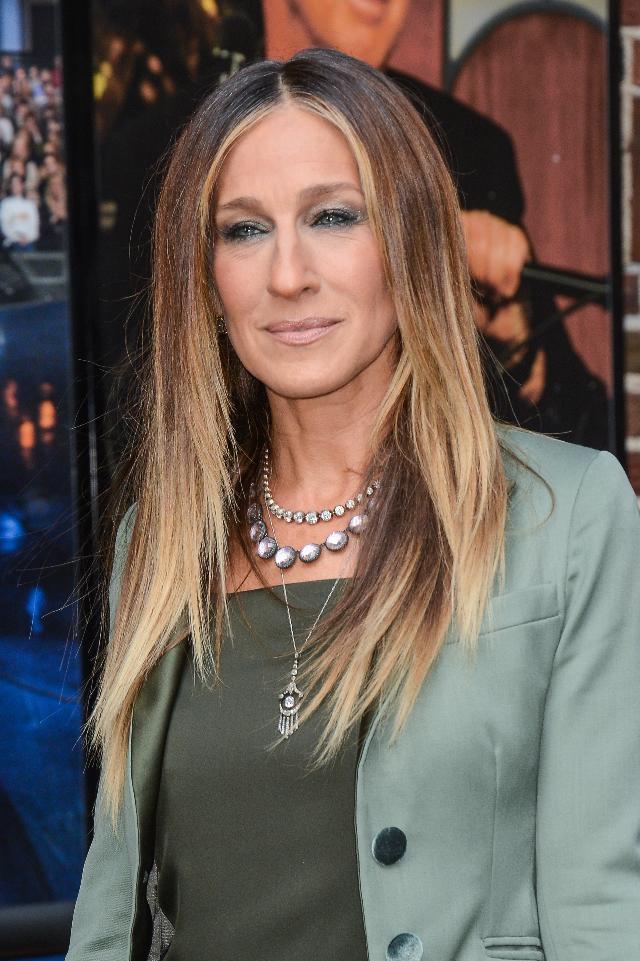 11. Sarah Jessica Parker was raised by her mother after her parents divorced. Parker helped support the family at a young age, bringing home paychecks from early dancing and singing gigs.

12. In 1986, Parker appeared in the cult classic Flight of the Navigator, a Disney science fiction film.

15. Together with four of her siblings, Sarah Jessica Parker toured for the next few years with The Sound of Music.

16. She is the fourth of eight children and she grew up in relative poverty. “Not to pull at your heartstrings, but there weren’t always [Christmas] presents when I was growing up,” she told Grazia magazine. “There were eight of us, so once you were old enough to know the truth about Santa, you graduated to wrapping presents for the babies. We always got the tree on Christmas Eve, because that’s when they cut prices.” That’s why she is determined not to spoil her kids. “I don’t want my children to feel they have a sense of entitlement,” she says. “I want them to work hard and be challenged. That’s hard to do when you have everything you need and want, so I am working on those values all the time.”

17. After she broke up with Robert Downey Jr., she transitioned to adult roles with sexy turns in a string of big-screen comedies such as L.A. Story.

18. She has said that even while her family lived in Cincinnati, her mother emulated a New York lifestyle.

20. Parker has identified culturally and ethnically with her father’s religion, Judaism, although she has had no religious training. 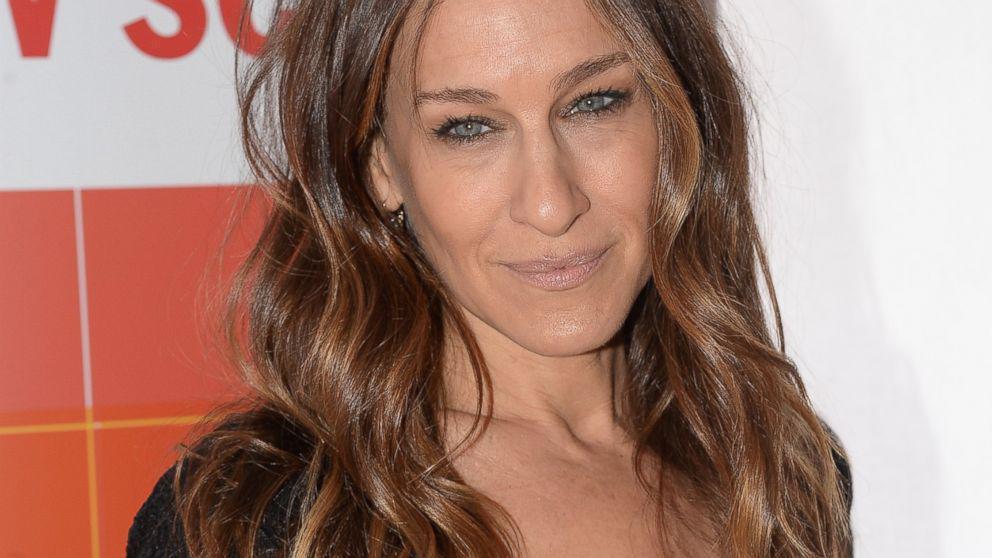 21. Parker and Broderick’s twin daughters, Marion Loretta Elwell and Tabitha Hodge, were delivered via surrogate in June 2009. Their middle names of “Elwell” and “Hodge” are from Parker’s mother’s family.

22. Her first born in James Wilkie Broderick who was born in 2002. He was named after Broderick’s father, the actor James Joseph Broderick, and writer Wilkie Collins.

23. Sarah Jessica wore black when she wed Matthew Broderick in May 1997. “I really regret that,” she told Marie Claire. “I was too embarrassed to get married in white, and both Matthew and I were reluctant to have people pay so much attention to us. Which is ridiculous, because that’s when you can relish the attention, when it’s natural.”

24. Sex and the City made her a fashion icon to women all over the world due to her extravagant New Yorkian style.

25. In 2003, she became the spokesperson for Garnier hair products.

26. Sarah Jessica Parker was reluctant to sign on for her career-changing role as Carrie Bradshaw. “I haven’t done a television show in 10 years,” she said in Sex and the City: Kiss and Tell. Starr even offered to make her a producer if she signed on. After her agent and husband, Matthew Broderick, told her she would be crazy to turn it down, she finally said yes.

27. Manolo Blahnik named a shoe in her honor, the SJP.

28. Parker signed a $38 million contract with the Gap in 2004. It was the first multi-season contract in the clothing company’s history, in which Parker was to appear in their upcoming fall ads, and continue until the Spring of 2005. In March 2005, Parker’s contract with the Gap ended, and was replaced with then 17-year old British soul singer Joss Stone.

29. After five nominations, in 2004, Parker won an Emmy Award for her lead role. Parker said in 2006 that she “will never do a television show again.”

READ ΝΕΧΤ  How Barack Obama was as a child?

30. In 2004, she became the Council of Fashion Designers of America’s “Fashion Icon of the Year.” 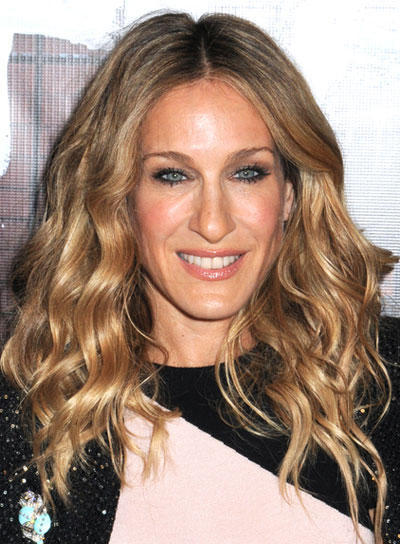 31. While researching her ancestry for an episode of Who Do You Think You Are?, Parker discovered that a distant ancestor was accused of witchcraft during the Salem Witch Trials in the late 1690s.

32. Sarah Jessica Parker has been designing clothes with Halston and she has a line of best selling fragrances including NYC which brought in $18 million in 2010.

34. Parker currently resides in New York City with her family.

35. Sarah Jessica has a lengthy history with Sex and the City costar Cynthia Nixon: they appeared together in the 1982 TV movie My Body, My Child, and both are founding members of The Drama Dept., a New York theater group.

36. In addition to work in film and television, Parker has gained respect as a stage actor, having appeared in well-reviewed lead roles in the off-Broadway play Sylvia, alongside future husband Matthew Broderick in How to Succeed in Business Without Really Trying, and the Tony Award-nominated Once Upon a Mattress.

38. In March 2007, Parker announced the launch of her own fashion line, “Bitten”, in partnership with discount clothing chain Steve & Barry’s

39. Parker runs her own production company, Pretty Matches, which has been creating content for HBO and other channels since 2009. The company is currently running a web series called “City.Ballet” that takes viewers behind the scenes with dancers of the New York City Ballet. 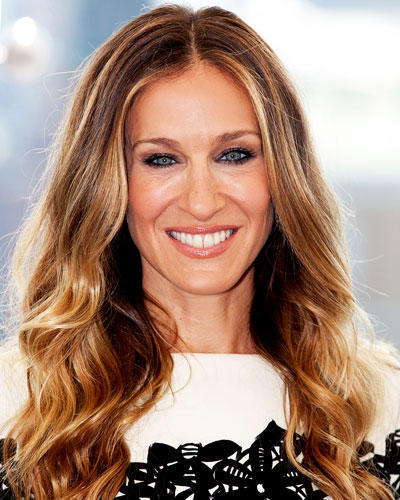