You are here: Home / Movies / Supernatural Trivia: 45 interesting facts about the series! 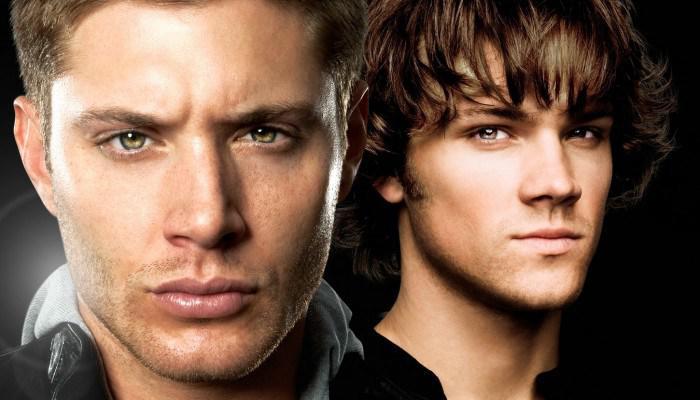 Supernatural is an American fantasy horror television series created by Eric Kripke. Let’s see some interesting facts and trivia about it!

1.It was first broadcast on September 13, 2005, on The WB, and subsequently became part of successor The CW’s lineup.

2. The series is filmed in Vancouver, British Columbia and surrounding areas and was in development for nearly ten years, as creator Kripke spent several years unsuccessfully pitching it.

3. The pilot was viewed by an estimated 5.69 million viewers.

4. The ratings of the first four episodes prompted The WB to pick up the series for a full season.

5. Originally, Kripke planned the series for three seasons but later expanded it to five

6. The fifth season concluded the series’ main storyline, and Kripke departed the series as showrunner.

7. The series has continued on for several more seasons with new showrunners, including Sera Gamble, Jeremy Carver, Robert Singer and Andrew Dabb.

9. Before bringing Supernatural to television, creator Eric Kripke had been developing the series for nearly ten years having been fascinated with urban legends since he was a child.

10. Although he had envisioned Supernatural as a movie he spent years unsuccessfully pitching it as a series.

11. The concept went through several phases before becoming the eventual product, shifting from the original idea of an anthology series to one of tabloid reporters driving around the country in a van “fighting the demons in search of the truth”.

12. Kripke wanted it to be a road trip series, feeling that it was the “best vehicle to tell these stories because it’s pure, stripped down and uniquely American… These stories exist in these small towns all across the country, and it just makes so much sense to drive in and out of these stories.

13. However, the network disliked his tabloid reporter idea, so Kripke successfully pitched his last-minute idea of the characters being brothers.

14. He decided to have the brothers be from Lawrence, Kansas, because of its closeness to Stull Cemetery, a location famous for its urban legends. 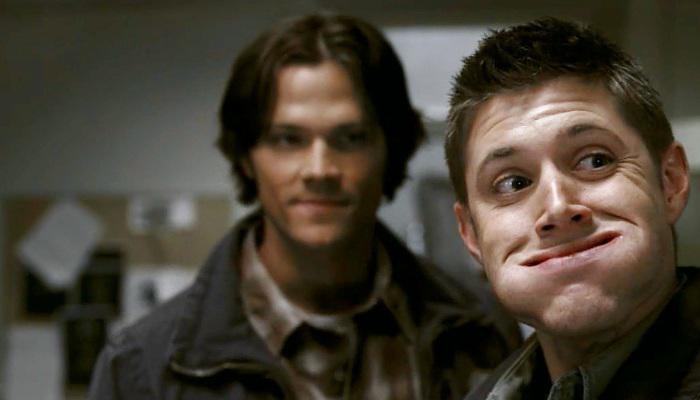 15. When it came time to name the two lead characters, Kripke decided on “Sal” and “Dean” as an homage to Jack Kerouac’s road-trip novel On the Road.

16. However, he felt that “Sal” was inappropriate for a main character and changed the name to “Sam”.

17. It was originally intended for the brothers’ last name to be “Harrison” as a nod to actor Harrison Ford, as Kripke wanted Dean to have the “devil-may-care swagger of Han Solo”. However, there was a Sam Harrison living in Kansas, so the name had to be changed for legal reasons.

18. Combining his interest in the Winchester Mystery House and his desire to give the series the feel of “a modern-day Western”, Kripke settled on the surname of “Winchester”. However, this also presented a problem. The first name of Sam and Dean’s father was originally “Jack”, and there was a Jack Winchester residing in Kansas, so Kripke was forced to change the character’s name to “John”.

19. The staff for the first season consisted of Kripke and five other writers, with assistants to help with researching urban legends.

20. Most of the work done in writing the series is very collaborative, with the writers often breaking up into groups. At the beginning of each season, the writers are brought together and pitch their ideas, which are then assigned to a specific writer to be developed. Each story idea is outlined on a dry-erase board, with Kripke and Bob Singer making necessary changes.

21. Afterward, the script is written,and Kripke goes through it to make sure it has the same tone as other episodesKripke found this task very difficult to do in the first season,ut he felt it became easier by the third season, as the staff came to “really understand the show’s style”.

22. Jared Padalecki became interested in the role because he liked horror series, including both The X-Files and The Twilight Zone, which he found similar to Supernatural. He was also excited to play “the reluctant hero”, comparing Sam to The Matrix’s Neo and Luke Skywalker of Star Wars.

READ ΝΕΧΤ  Why did mostly first time animators work on "The Lion King"?

23. Jared Padalecki had previous experience working with executive producers McG and David Nutter, the former convincing him to audition for the role.

24. Jensen Ackles was originally asked by Nutter to audition for the role of Sam but preferred the character of Dean after reading the script.

25. At the time of his audition, he was already a series regular on fellow WB series Smallville. After landing the part of Dean, his Smallville role was cut short.

26. Jim Beaver’s character (Bobby Singer) was only supposed to make a one-time appearance.

27. There is a particular clock that shows up in almost every episode. 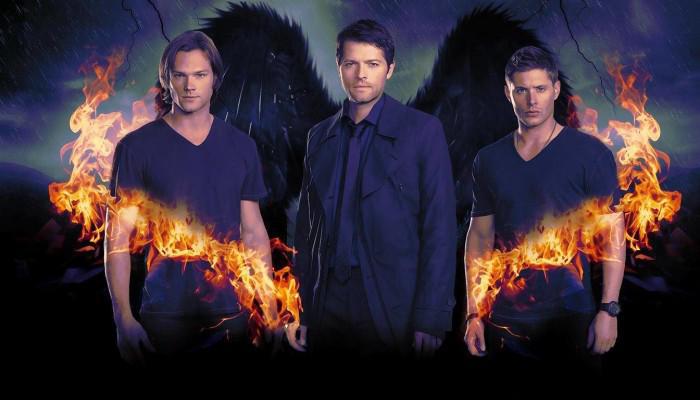 28. An important aspect of the show’s music is classic rock, most of which comes from creator Eric Kripke’s own record collection, although one of his favorite bands – Led Zeppelin – has always been too expensive to license.

29. Misha Collins (Castiel) originally read for the role of a demon in his audition because the angels were a secret at the time.

30. Every single season finale begins with a recap montage of the key moments of the season, to the tune of “Carry On Wayward Son.” The exception was season 1 when the song is heard in penultimate episode of the season.

31. The car Sam and Dean drive is a 1967 Chevrolet Impala four-door sedan, which used to be known as the Metallicar by fans of the show. The show uses five black Impalas. Dean has nicknamed the car “Baby”, as it is also known by fans today.

32. Both Jensen Ackles and Jared Padalecki grew up in Texas – Jensen in Richardson, and Jared in San Antonio.

33. Because the show focuses mainly on the two Winchester brothers, the writers realized that viewers would know that the characters are not in danger of being permanently killed. To fix this, the staff often writes in guest characters to give tension to the episode, occasionally having them die.

34. During production of Supernatural’s third season, Kripke stated that the writers sometimes discussed the possibility of a prequel series. Set in the Old West, the spin-off would follow Samuel Colt and a group of hunters.

36. The writers have referenced this several times in the series, including the 200th episode, which makes references to Wincest, Destiel, and Sastiel (the romantic pairing of Sam Winchester and Castiel).

37. The first fan conventions dedicated to Supernatural took place in Nashville, Tennessee, in October 2006 and in London in May 2007,and conventions have since expanded through to Germany and throughout the United States.

38. Before the debut of the series’ fifth season, in which Lucifer is finally freed from his imprisonment, fans attempted to promote the show through Twitter. Enough fans posted the hash tag “#LuciferIsComing” that it made it into “trending topics”— a list depicting words and phrases posted with the highest frequency on the website. 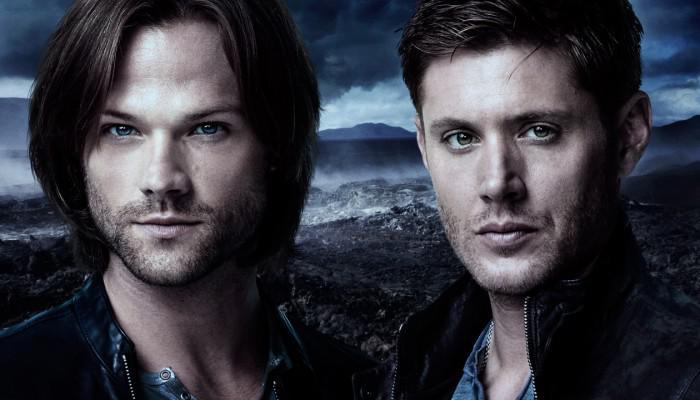 39. However, Twitter users who were unaware of the fans’ intentions responded with numerous posts of “#GodIsHere”, and the topic was blocked from Twitter’s trending topics after complaints.

40. Actor Misha Collins, who portrays Castiel in the series, tried to continue the campaign by requesting that fans post “#PDiddyIsScaredOfHisTV”, rapper P. Diddy being the one whom many fans believe to be the instigator of the initial backlash. However, after an hour, this attempt to trend the topic was also stymied by Twitter.

42. Dean has killed the most main villains on the show.

43. According to Archangel Michael in the episode “The Song Remains the Same”, Dean and Sam come from the bloodline of Cain and Abel.

44. Dean has entered the most number of realms.Including Heaven, Hell, Purgatory, and Avalon (The homeland of the fairies)

45. Jim Beaver’s character (Bobby) was only supposed to make a one-time appearance.